Precious metals are often looked to by active traders as a relatively safe haven during periods of market volatility and uncertainty. Consolidation toward key levels of long-term support has been the name of the game over the past several weeks, and now that the risk/reward of current levels is back in the favor of the bulls, many are watching for a break higher. 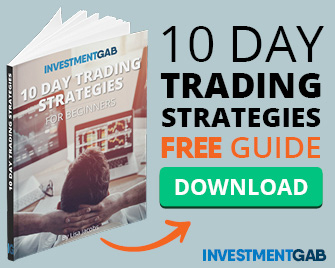 Active traders who are interested in adding exposure to gold often turn to exchange-traded products such as the SPDR Gold Shares (GLD). Looking at the chart below, you can see that the dotted trendlines lay out the plans for active traders over the weeks ahead. The recent retracement toward the combined support of the ascending trendline and the 50-day moving average suggest that bullish traders will be looking for a bounce from the support level. From a risk-management perspective, most traders will most likely set their stop-loss orders below $180.69 in case of a sudden shift in underlying fundamentals.

The price of the iShares Silver Trust (SLV) has moved sharply higher in 2020, and the recent move toward the support of its 50-day moving average has the attention of long-term traders. As you can see from the chart below, the confined trading range, which has appeared in recent weeks, is lining up nicely with the upward-sloping moving average. Followers of technical analysis will most likely use the opportunity to increase exposure to silver and place stop-losses below the support levels in case of a sudden move lower.

Another precious metal that should be capturing the attention of active traders is platinum. As you can see from the chart below, the price of the metal has recently moved above the resistance of its 200-day moving average and has started to move higher. The upward momentum has also triggered a bullish crossover between the 50-day and 200-day moving averages, which is a common long-term buy signal used by many to mark the beginning of a major uptrend. The strong bounce from the nearby support level will likely be used as confirmation of a move higher. Based on the pattern, short-term target prices will most likely be placed near $1,050, while stop losses will likely be placed below the aforementioned support levels.

Tip: Platinum is one of the most valuable elements in the world, 15 to 20 times rarer than gold (based on annual mining production) and considered one of the most costly precious metal commodities.

Precious metals are often sought after during periods of market volatility and uncertainty. Rising prices across the group and the proximity to influential levels of support suggest that many traders will likely be turning their attention to gold, silver, and platinum over the final months of 2020 and likely into 2021.

The original article can be found here: https://www.investopedia.com/3-precious-metals-charts-to-watch-5078156