Houlihan Lokey Inc. was made for times like these.

The Los Angeles-based investment bank has always declined to go toe-to-toe with Wall Street’s advisory beasts on mega mergers and acquisitions. Instead, Houlihan has patiently fashioned itself into a go-to adviser for mid-market transactions, recently through a spate of its own takeovers in the U.S. and Europe.

That focus, paired with a restructuring business that contributes nearly a third of revenue, is helping Houlihan as big deals fall away during the coronavirus pandemic. Houlihan shares have risen 22% this year through Thursday, the most of any U.S. investment bank, valuing the firm at about $4.1 billion. In March, it surpassed Lazard Ltd. to become the biggest U.S. boutique advisory firm by market capitalization.

“We are definitely in the early days of this crisis, and there is more pain to come,” Scott Adelson, Houlihan’s co-president, said in an interview this month. “The model has proved resilient for decades, and it’s even more valid during periods of crisis.”

Houlihan’s hunting ground — deals valued at $1 billion and below — accounts for 46% of overall M&A deal value this year, the highest proportion compared with any full year since 2003. The number of transactions in that segment has fallen 12% this year, compared to a 33% drop in larger acquisitions, according to data compiled by Bloomberg. 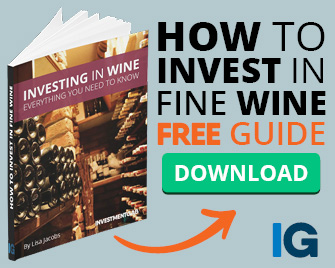 “That clearly tells you where the flow is, and we like to be in the flow business,” said Adelson, who’s seeing activity in industries including health-care and technology. “M&A is still occurring despite the events that unfolded.”

The firm moved up six spots on the U.S. M&A league tables this year, to No. 27 by market share. It’s tied with JPMorgan Chase & Co. and Morgan Stanley for the position of second-busiest U.S. M&A adviser by number of transactions — behind only Goldman Sachs Group Inc.

Although Houlihan’s M&A dealmakers focus on small and mid-cap work, the same isn’t true of its restructuring bankers. They’ve advised on 12 of the largest 15 corporate debt restructurings since the start of the millennium including Enron Corp. and Lehman Brothers Holdings Inc., according to Joseph Swanson, co-head of restructuring for Europe, the Middle East and Africa.

Already this year, Houlihan has been hired for debt reviews at baggage handler Swissport International AG and billionaire John Fredriksen’s oil rig operator Seadrill Ltd. It’s also working on a restructuring of Saudi Binladin Group, one of the biggest Middle East construction firms, which is grappling with an estimated $15 billion of borrowings.

“Houlihan Lokey has probably the largest restructuring segment of any of the advisory firms,” said Devin Ryan, a senior research analyst at JMP Securities LLC. “Revenues for most advisers are likely to be down quite a bit this year — Houlihan will be an outlier and we expect their revenues will be much more resilient.”

For many companies, pushing back debt payments won’t be enough as Covid-19 will hurt demand for some time, according to Swanson. Fresh infusions of capital, and in some cases forgiveness from creditors, will be needed to avoid storing up problems for the future, he said in an interview.

“This crisis is the perfect storm for the global economy — it has the ingredients of 9/11, the global financial crisis and the SARS virus,” Swanson said. “We see this crisis fundamentally changing consumer behavior.”

The bank has worked on more restructurings in each of the past five years than any other adviser, and it’s nearly always been ranked among the top five by value during the period, according to data provider Dealogic. Houlihan is roping in staff across divisions to cope with the rapid increase in restructuring work since the start of the pandemic, Swanson said.

Houlihan was founded in California in 1972 by Richard Houlihan and Kit Lokey. In the near-half century that has followed it has expanded globally and now has more than 20 offices spread across the U.S., Europe and Asia Pacific.

During this time it has been able to keep its most senior managers. Chief Executive Officer Scott Beiser, co-president David Preiser, financial sponsors head John Mavredakis and Swanson have each spent two to four decades at the bank.

“At the end of the day this is a people’s business, and when people are sticking together it shows it works well,” Adelson said.

Houlihan has been moving into new areas, including private equity fundraising advisory and technology banking, through a series of takeovers in the past few years. It also bulked up in Europe by purchasing Spain’s Fidentiis Capital, British boutiques McQueen Ltd. and Quayle Munro Ltd. and Gruppo Banca Leonardo SpA’s investment banking operations in several countries.

The bank now faces a new challenge: greater competition from larger rivals lured by mid-market dealmaking’s steady fees. Goldman Sachs has been hiring dozens of bankers to build up a dedicated team focused on that niche. Bulge-bracket banks always look at mid-market M&A in the late stages of every boom cycle, though such strategies are often reversed when the good times end, according to Adelson.

Houlihan is committed to growth, and Adelson doesn’t see the coronavirus pandemic slowing the firm’s momentum.

“Be greedy when others are fearful is something we believe in,” he said. “We will continue to expand.”